Founded in May 1939, The National Film Board ( NFB ), a government agency  is Canada's public film producer and distributor. NFB is the best Canadian destination for point-of-view documentaries, animation films, interactive projects and Canadian films. Online viewers can watch over 1000 documentaries, animations, trailers and clips for free on their website.

They also provide The NFB Films iPhone app which was called "One of the best apps of 2009" by Apple iTunes and "Best Content app of the year" by The Apple Blog.

Previously available only in Toronto and Montreal, their popular media-making workshops are moving online, where they’ll be more accessible than ever to participants across Canada.

"Media-production courses for teachers"- NFB is working with educators to develop guides that supports the needs of teachers and the curriculum. Online resources will show how to turn a classroom into a film set, make animated films and documentaries, and master the ins and outs of digital storytelling with students.

French Solutions offers programs where children gain the necessary tools and the supports required to be proficient in French language studies. Through motivating and engaging approaches, French Solutions aims to increase academic success in the …

The mission of the Directorat de l’activité sportive du Manitoba Inc. (DAS) is to contribute to enhancing the vitality of the Francophone community through sport, physical activity, and recreation en français in Manitoba. Its vision …

Founded in 1996 in Bulgaria and established in Montreal since 2004, “Théâtre Puzzle” has a unique style by combining various types in the traditional and the contemporary: drama theatre, object and puppet theatre, “Théâtre Puzzle” …

Destination Clic is a bursary program for francophone students enrolled in a French-language school (French as a first language), in Grade 8 to 10 and live outside of Quebec. Destination Clic offers students three weeks of … 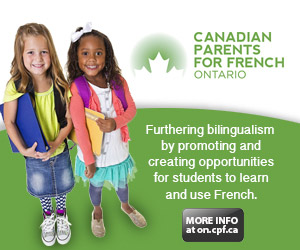 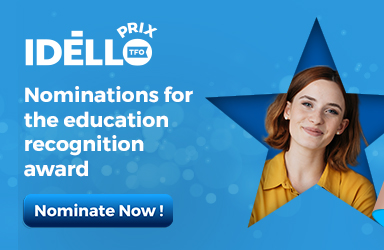 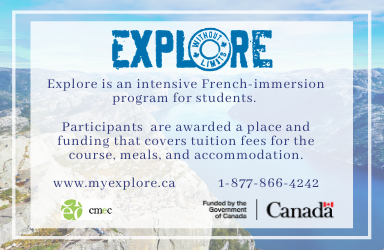